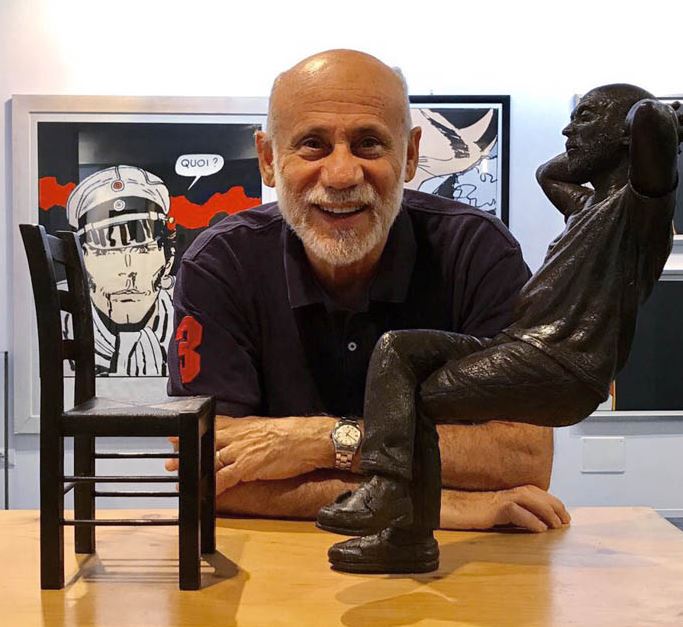 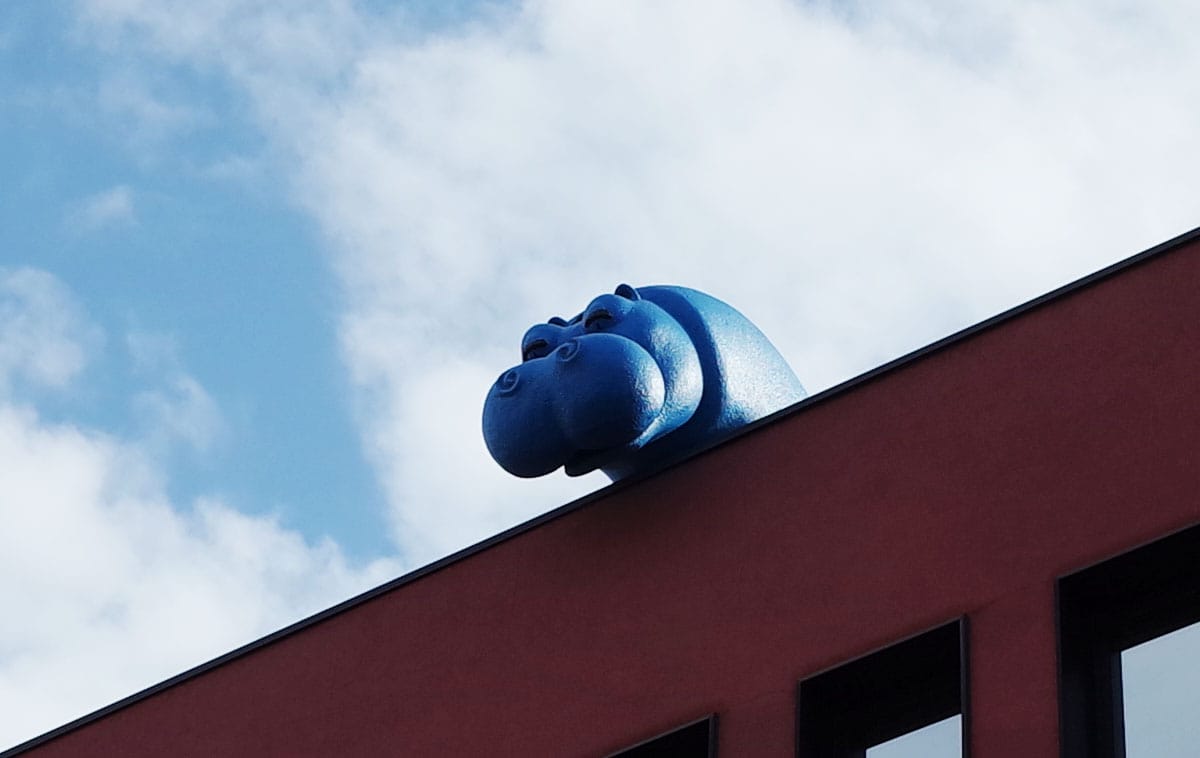 Santo Alligo was born in Roccalumera, in the province of Messina, in 1948. In 1953 he moved to Turin with his family. He soon showed strong creative skills and began attending the Civic School of Ceramic Art. Here Gilberto Zorio directs him to the atelier of the ceramist Anna Maria Carusi, where he spent a few years completing an apprenticeship on the clay technique also applied to large sculptures. After a lot of different work experiences, he found employment at the most prestigious advertising agency in Italy: the Armando Testa studio. Here, in 1967, he sculpted one of the most famous figures in Italian advertising: Pippo, the blue hippo. Other important works followed, but always accompanied by bronze, terracotta, painting and illustration creations born from personal and free creative inspiration. Simplicity and immediacy become the watchwords of Alligo, an artist that is also an affirmed expert in the history of international illustration; on this subject he writes numerous essays, some of which contributed to make known great foreign illustrators unrecognized in Italy. Santo is also a journalist specialized in the world of publishing and illustration and he has published on "La Stampa" and "Il sole 24 Ore".