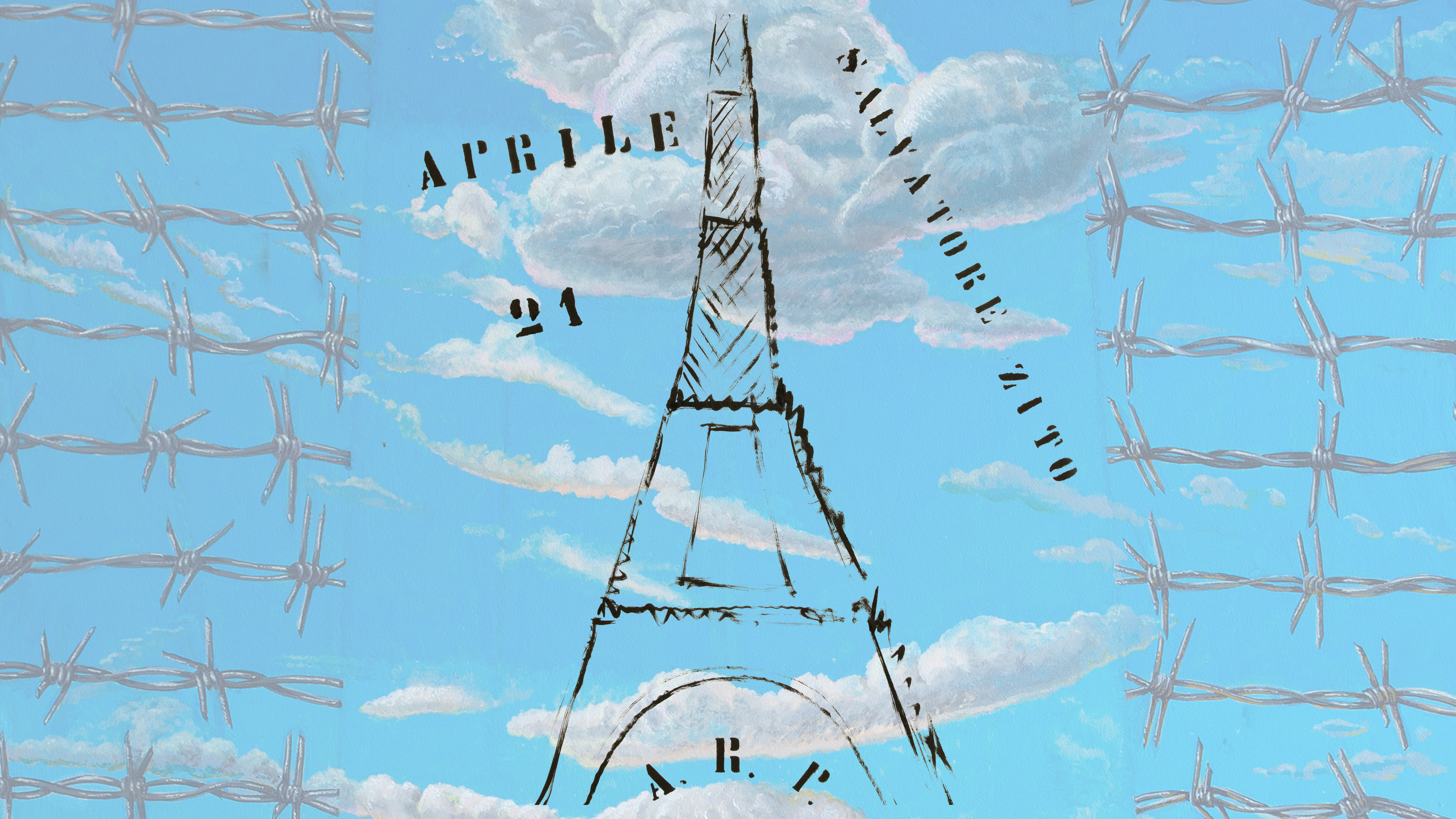 A new kind of gallery

Through collaborations with traditional and digital artists, we create exclusive NFT works.

Our goal is to make the artistic avant-garde of cryptoart known to the public, support it, and contribute with quality artistic material

Each work created is the result of a close artist-gallery collaboration; the outcome is an unprecedented and special creation, which embodies the artist's poetics and exploits the potential of digital.
Each work is offered for sale on our website and on Opensea. 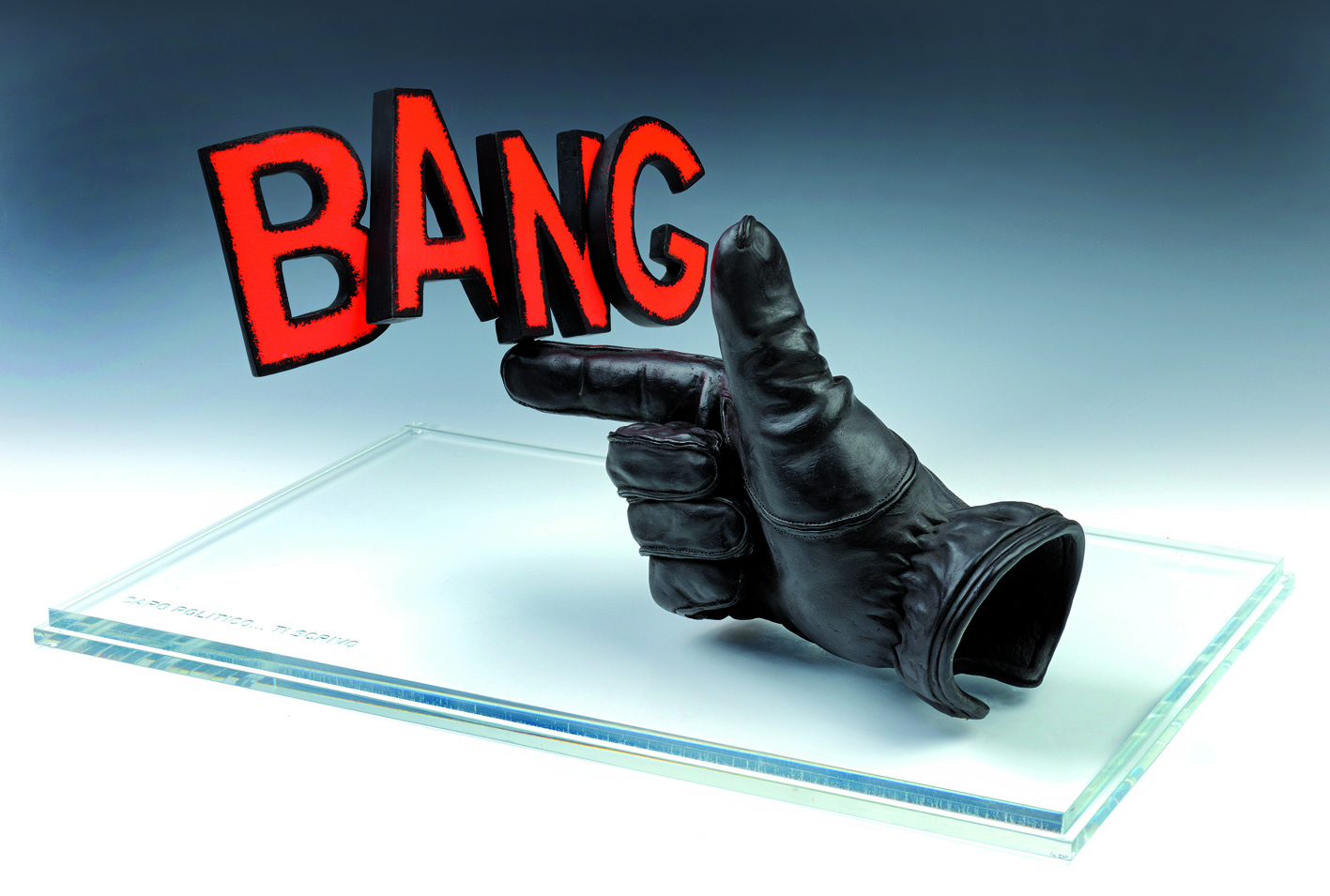 Getting to know Santo Alligo was an honor and a pleasure; he's an intelligent, creative and practical man, certainly one of the most versatile and complete graphic artists of our time. He collaborated with numerous historical Italian brands and his touch is hidden in many iconic graphic advertising pieces that have permeated our times. From drawing to sculpture, Santo has never lacked creativity, always bringing new and original content with his eclectic and humorous approach. With one of the most beautiful and conceptual sculptures of his figurative career, Santo gifts us with a physical paradox made digital. A compass can draw a square!? Impossible! Check the full interview to know more about this amazing artist!
Read more... 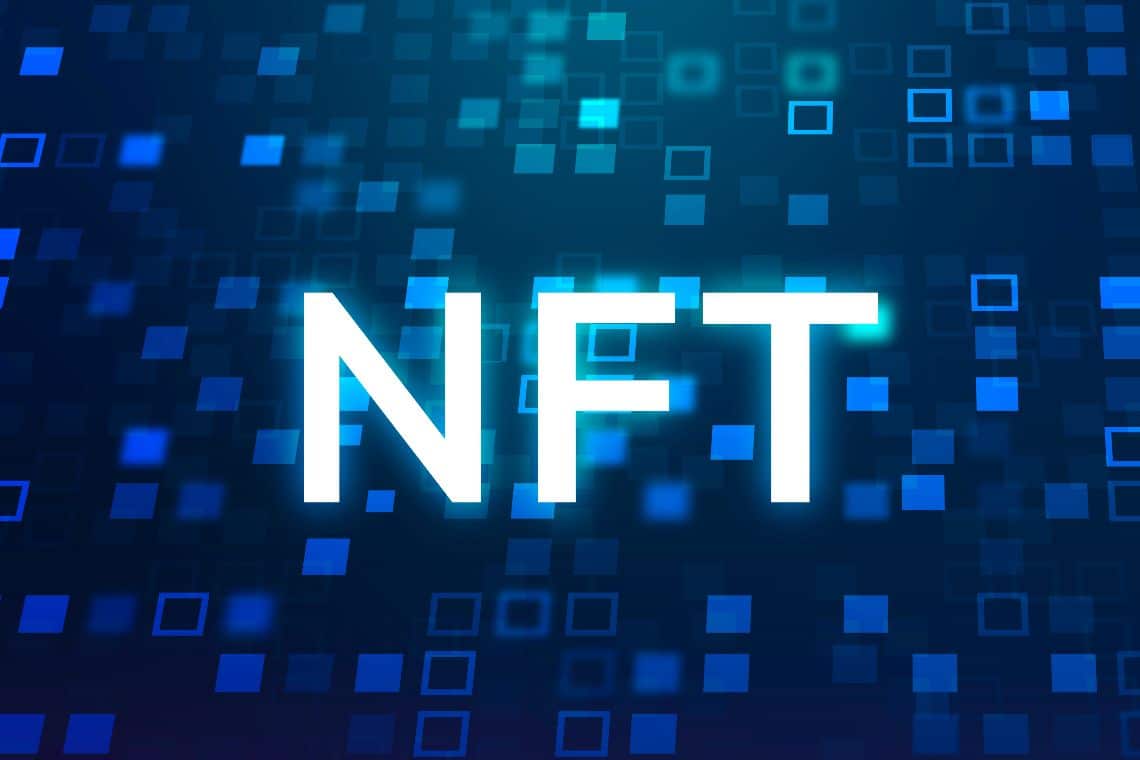 What is Blockchain? Even though the concepts around blockchain technology can be wildly complex, blockchains themselves are quite straightforward. In regular human-speak, a blockchain is just a public database. Blockchains store a history of transactions between parties on a forum that can be accessible by anybody. Let's discuss the main differences between a regular database and the blockchain! First, a blockchain is append-only. Once data has been written, it can't be changed (known as immutability). That information is locked on the blockchain forever. Second, a blockchain takes the form of a linked-list instead of a table. That is, every set of transactions (known as a block) that is added to the blockchain must point to the previous block. That way, there's a linear history of every transaction that has ever occurred the blockchain. Finally, blockchains are decentralised - they're not owned by any particular organisation, and can't be taken down in the same way as a regular database. That's because a single blockchain is copied among over hundreds of different users who each run nodes, each containing an identical copy of the entire history of the blockchain. Since all of these nodes are communicating and agreeing on the state of the blockchain constantly, the only way to "hack" a blockchain is to perform a 51% attack: convincing the majority of nodes to agree on a new, different blockchain state. What are NFTs? Non-fungible tokens are certificates of ownership on digital works comparable to certificates of authenticity in the world of physical art. They can be purchased for investment, collecting or the desire to own an artwork. By purchasing an NFT, therefore, it is possible to prove the ownership of the digital work. Art was one of the earliest use cases for NFT and blockchain in general, thanks to its ability to provide evidence of authenticity on digital art, which otherwise would have had to contend with the potential of mass reproduction and distribution of unauthorised art through the Internet.
Read more...

Cryptoart is a branch of digital art, and for some years it has been a real artistic current. The world of cryptoart concerns a very recent market, not very regulated, but which is slowly moving towards a more mature phase. Its scope is very broad and of international significance: the figure of the artist changes, who becomes his own manager, and the approach to art changes. The desire to experiment with the languages ​​and poetics of art with new methods and expressions is revitalized The cryptoart exploits the blockchain mechanism and thus creates NFT (encrypted file that contains the metadata that identify the owner and describe the "work" linked to the NFT) An NFT is non-fungible token, or non-divisible virtual objects that can only have a unique relationship with the work they represent, a bit like an ID, or comparable to certifications or authentic in the world of physical art. This apparently complex mechanism involves the traceability of each NFT that is exchanged. To buy cryptoart I need to have a wallet, a digital wallet based on Ethereum, for example Metamask. Why buy cryptoart? For investment, collecting or the desire to own a work. The cryptoart in the future will be usable on monitors that will act as real paintings. Among the most successful NFTs we certainly remember: the "cryptokittens" that gave rise to the NFT phenomenon date back to 2017 the popular GIF of the "nyan cat" sold last February for $ 587,000; a digital work by Mike "Beeple" Winkelmann (a collection of 5,000 content uploaded in as many days) was recently sold by Christie's, the largest auction house in the world, for $ 69 million; The Kings of Leon musical group has sold many copies of the album "NFT Yourself", which includes a limited edition vinyl, artwork and digital edition, for a total of $ 2 million; After a two-week auction, Twitter CEO Jack Dorsey sold his first tweet as Nft - which stands for Non-fungible token, a blockchain-based token that determines ownership of a computer work - for the sum of $ 2,915,835.72. Canadian artist Krista Kim sold the world's first digital home in the form of an NFT for $ 500,000. Thanks to the evolution of Augmented Reality, this digital property can become a virtual place where people can socialize.
Read more... 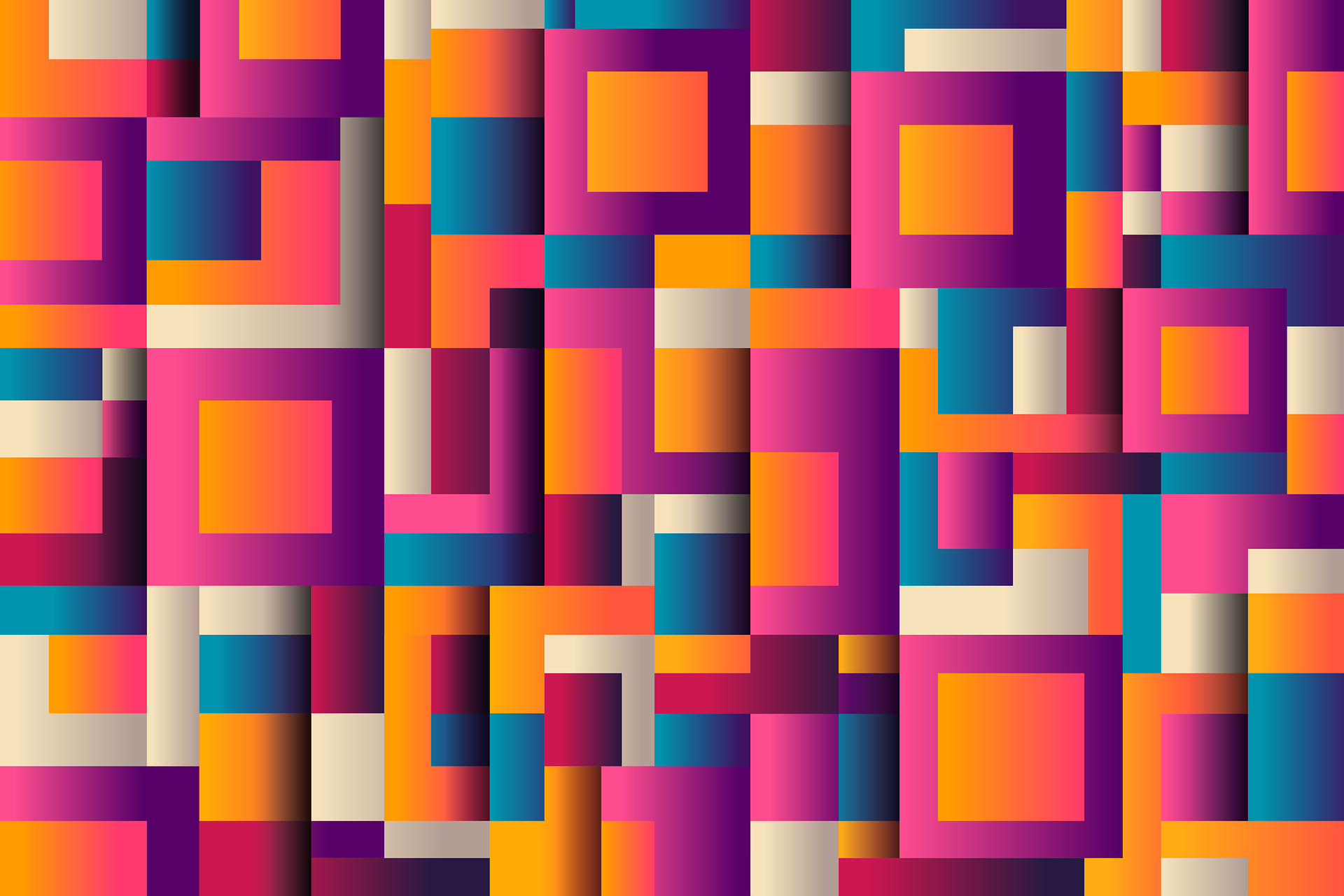 Although digital art is considered a contemporary current, it was actually born with Laposki in the early 1950s, father of the computer gratification and pioneer of electronic art. Ben F. Laposky was a mathematician and artist. His pioneering "oscillons" or "electronic extractions" are considered to be the first graphic images generated by an electronic machine. Abstract art creations have been defined, the first to be exhibited and published. (drawings - oscillograms) Oscillographic art can be thought of as some kind of visual music, as the basic waveforms resemble sound waves. In this period, movements develop that tend to bring the work of art to life, giving it movement under the new experience of nature or mechanics. This is how Kinetic Art and Optical Art were born. As we can understand it, digital art was born in the 1960s, when scientists, and then artists, began to create images using the computer more and more. In 1963 the first algorithmic computers were used to create visual works, and George Nees, in 1965, organized the first exhibition of digital art, in which he contained a dozen works generated by computer and printed thanks to the plotters, and which will later be manifest of the future generative art movement, which often uses dynamic algorithms to create works of art. In '65 Frieder Nake, mathematician, computer scientist and pioneer of computer art, inspired by the works of Paul Klee, created an algorithm that generated a relationship between the vertical and horizontal lines typical of the painter's production, putting them in relation to each other, based on the theory of probabilities and giving life thanks to a printer to unique works deriving from the random position of the lines. The first examples of video installations can certainly be traced back to Allan Kaprow, who in the early 1970s combined video game screens with short videos, which were then published in a TV program whose title was medium is the medium In 1971, with Aaron, an artificial intelligence program, the artist Harold Cohen created a printer that produced paintings autonomously, thanks to works pre-recorded on the computer. Since the 1980s, the use of computers in image languages ​​has led to a not indifferent turning point in the field of artistic expressions, allowing the development of new forms of perception and configuration, and it is in these years that we have gone developing a new type of digital art: pixel-art. Digital art was also experimented with by one of the most famous artists of pop art, Andy Warhol, who created works with a computer, Amiga 1000, given to him by a company he had started collaborating with in 1985. The artist, specifically , he created them with a software program called Propaint. The files containing these images were then recovered from the computer in 2014 as part of a research and restoration work carried out by Cory Arcangel - an American artist who works on experimentation in new media - together with Carnegie Mellon University. In 1986, the first fully interactive creations with the viewer appeared, where the animation of the body in front of a motion sensor is rewritten to create notes and thus make a sound object. It is really with the 90s, and the development of computers and consumer programs, that digital art exploded and it was in this period that it developed significantly thanks to the creation of software specifically dedicated to art. Since then, the limits have been broken and it is now possible to create compositions, from the most abstract to the most realistic. Digital has concretely made it possible to create visual practices that in the past would have been implemented with a high expenditure of energy and money and has allowed art to adhere more and more to our body and mind. Today, thanks to technology, artists can experiment with infinite artistic languages ​​through new methods; certainly the aspect that will dominate the world of digital art in the future will be generative art, that is, the programming of a work of art.
Read more...
Go to news